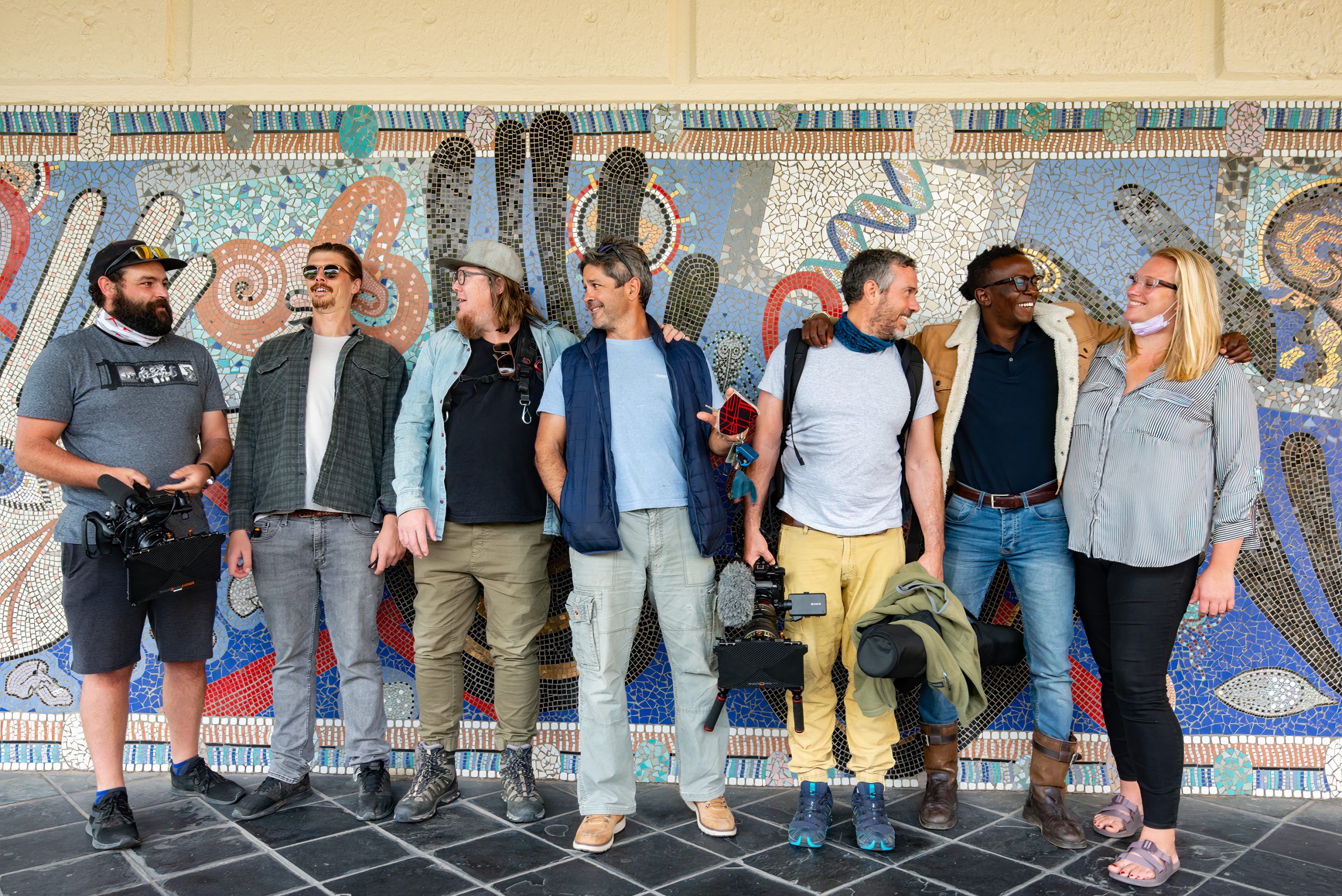 The brain behind the Camo Sharks documentary, Ryan Johnson was born in New Zealand a pretty long time ago!  Marine biology doesn’t run in the family, but he has always had a deep interest in the natural world, particularly in marine biology. He’s always had a passion for the unknown and is a sucker for discovery.

Being a wiz-kid at maths and stats-based subjects, Ryan knew he’d be able to pursue a career in science, and so, that’s what he did. He initially studied at Otago uni and then Waikato, where he completed his biological sciences degree. In particular, Ryan knew he’d love the mystery of Africa and its charismatic animals, those in the bush and underwater.

When he was twenty, Ryan moved to South Africa to complete his honours in zoology at Pretoria University under Prof Martan Bester. While doing his masters, Ryan spent a year living on Dyer island, where he interacted mainly with great white sharks, was smitten and wanted to live anywhere chokka with white sharks.

In 2006 Ryan re-located to Mossel Bay, where there’s a shark pantry, also known as Seal Island. The island is a 500 m by 80 m rock jutting out of the sea just in front of the main swimming beach, and it’s laden with blubbery seals, a favourite food item on the white shark menu.  As a result, white sharks are almost constantly in the area, and it was the perfect place for Ryan to continue his research.

Ryan founded the Africa Media programs, which introduce students to the practical side of wildlife media. Ryan found a particular interest in video and bringing the natural world to people who may not otherwise get a chance to see it and he built the wildlife filmmaking curriculum.

Whilst Ryan was on this trajectory, he heard about Gibbs Kuguru, a young Kenyan scientist studying hammerhead sharks in Mossel Bay. Ryan wanted to make a documentary about sharks. It was a good match at the perfect time. The driving force of this professional friendship is that both men are foreigners and scientists in South Africa, have their roots in minority backgrounds (Ryan’s mum, Cynthia, is of Mexican descent), and are both ‘shark nuts’.

The collection of living skin samples for Camo Sharks

A sucker for a fishy tale, Ryan heard local fishers talking about white sharks changing colour. He started to dig and observe this phenomenon. Within a short time, Ryan believed that he might be able to document colour changes in white sharks. Ryan became obsessed with the project.

With a personality type driven by learning and building knowledge about the natural world, Ryan wanted to solve the mystery of how and why white sharks change their colour. He wanted to show people that the white shark’s apex-predator pedestal is not only due to its magnificent size, power, bite force and speed. Its success is also related to more subtle adaptations, such as changing its colouration and increasing its camouflage. It occurred to Ryan that the best way to do this would be to combine his science background with his love for film and make a documentary.

During the Camo Sharks documentary, the duo collected living skin samples from white sharks in Mossel Bay. They used a specially constructed spear gun with a biopsy probe fitted to the end, made to take a plug of skin out of the shark. Ryan will never forget when Gibbs took the first shot at a white shark. Ryan felt like a proud father when Gibbs placed and shot the custom-built spear perfectly, and they retained a perfect living skin sample in the biopsy tube.

Shark science is like one of those ‘pass-the-parcel’ games. As soon as a scientist makes one discovery, new questions reveal themselves. Even in this study, whilst Ryan and Gibbs were analysing the skin samples, they got clues to further new abilities of sharks that astounded them and have paved the way for future documentaries.

The scientific importance of this novel discovery, depicted in Camo Sharks, is that the white shark may be a ‘generalist’, able to adapt quickly and be ecologically successful in various habitats. Such an ability would mean the white shark is more resilient to environmental changes (possibly linked to climate change) than being just a specialist predator.

Ryan believes the ability to camouflage could be a ‘superpower’. Superpowers in animals are typically abilities that animals possess to which humans cannot understand or relate. For example, the electro-reception ability of sharks is a sensory ability that humans struggle to ‘get’. When Ryan sees a shark locate a fish hidden deep in the sand, he realises they are picking up the minute electro fields of hidden fish, and it never ceases to amaze him. To put this into perspective, white sharks change colour using the same cellular techniques as the octopus! Ryan believes that once we know more about the camouflage capabilities of sharks, this might become a second shark superpower in our vocabulary.

Even though Ryan wants young budding scientists to succeed, he’s learned that it’s not an easy path. Except for a lucky few who gain positions at formal academic universities, most scientists must learn to make their way and use entrepreneurial skills to stay in the field long-term. Ryan advises youngsters who want to follow this path that this may mean having a youtube channel, guiding tourist expeditions, collecting video footage, presenting documentaries and spending hours preparing grant applications.

Ryan was ecstatic to be paired with dynamic duo Sarah Burns and Alex Sherratt from Roller Coaster Road Productions LLC in writing and producing a documentary, Camo Sharks, currently airing on the Disney Channel. Now anyone with a TV or phone can enjoy this discovery together with Ryan and Gibbs. So tune in for more.

Fiona is an award-winning professional underwater and environmental photojournalist. Her work is published and portrayed throughout the world in numerous magazines, blogs and sites.