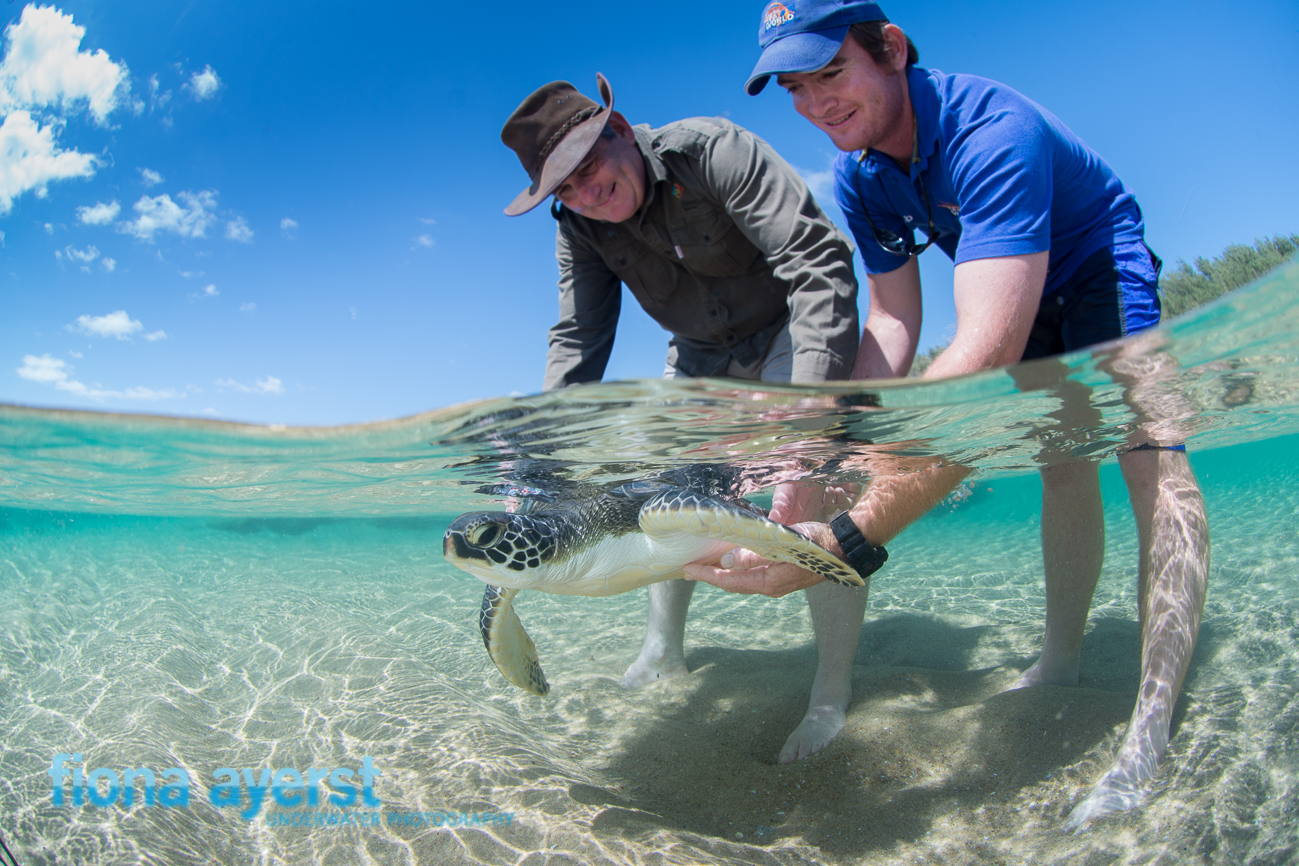 As the winter months approach the incidence of turtle strandings increase as juvenile turtles are swept down from the northern coast of KwaZulu Natal in the mighty Agulhas Current and washed ashore by stormy seas. They are often in a weak condition, having been exposed to cold water and are suffering from dehydration. Rehabilitation of turtles can take a year or more, depending on the needs of each individual. Some are not only suffering from hypothermia, but are also injured and require treatment.

Although Green turtles don’t nest on our beaches but rather in the Mozambique Channel, they are common in South African offshore waters. Every year, concerned members of the public take stranded turtles to local vets or in to Aquaria. This lucky pair were rehabilitated at Two Oceans Aquarium in Cape Town, after they were found stranded on Western Cape beaches.Once they have been rehabilitated and nursed back to health, the turtles are sent to Durban, where they are released into warm waters where they belong. They had been in the care of uShaka Sea World for three weeks prior to their release. Resident vet, Dr Francois Lampen from uShaka found them to be in good health and ready to be released

Little Mel weighs in at only 816 grams. She was stranded at the Willows outside Port Elizabeth on 16 December 2015. She was treated at Bayworld for ‘shell rot’ and she recovered completely. As Mel was treated medically she could be sexed. Grotto, named so because it stranded on Grotto Beach near Cape Town on 29 April 2016, is larger and weighs 12.6 kg. Grotto cannot be sexed as green turtles only become sexually mature at 50 years old. This is just one of the reasons why saving, rehabilitating and releasing them back into the wild is so important.

Some statistics from the Aquarium in Cape Town show:

A proportion of the Shootout entry fees now contribute directly towards the iSimangaliso Rare and Endangered Species Fund which is used exclusively for the protection, reintroduction, monitoring and research of species such as these two turtles, within the park. Zaloumis said “This year for the first time, the fund is contributing to marine species conservation. R100 000 has already been allocated to a project on the ecological state of the coral reefs in the area”

This is not the first time that turtles have been released at Sodwana Bay. With the input of funds from projects such as the Shootout event, Zaloumis hopes both to increase awareness and also to improve the efforts being made by his organisation, to protect and conserve marine areas.

Sodwana Bay is a hotbed for turtle egg laying activity. If you visit the park from November through to March you could witness the miracle of egg laying and hatching of loggerhead and leatherback turtles. This is a highly recommended family activity expertly handled by Peter Jacobs of Ufudu Tours. Watching a huge mother turtle lumber down the dunes and slip silently into the dark waves after covering her eggs in a deep sandy nest, is strangely moving.

As I witnessed the release of Grotto and Mel back into the wild waters; back to where they belong, I felt elated. After we had waved them goodbye, I noticed a quite a few wet eyes amongst those involved. I hope my photos impart some of the emotion of that moment. A moment I will always remember.