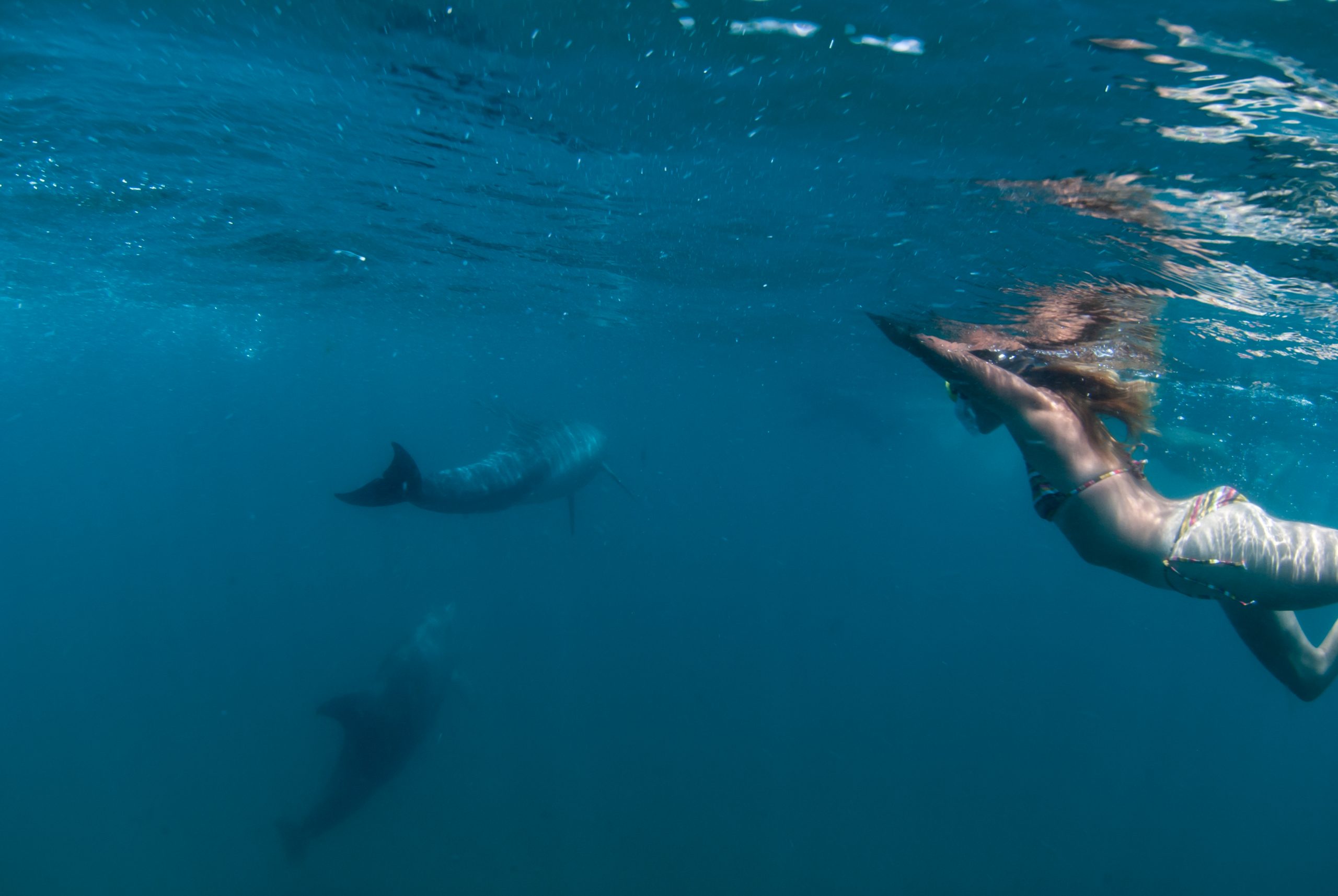 Lucky me- a final two days on the heaving ocean outside East London. Cruising down the Buffalo river and out into a rather wild ocean was bittersweet for me . It has certainly been the best Sardine Run season of my life- and yet- there was still something missing. Something niggling at the back of my mind. I had swum with slinky dolphins; sidled up to a seal; seen mantas, penguins and humpbacks by the dozen- yet something was still missing.

It was that huge biomass, the one you read about and see pictures of, circa early nineties. That seething mass of shiny wriggling sardines just wasn’t there. The biomass wasn’t in East London and it wasn’t in Port st Johns. So where were they?  I have heard anglers blame the fishing industry in Mossel Bay- the sardine trawl emanating from my place of abode. It’s human to blame someone and the hot news on the water is that the intense focus on sardine trawling outside of Mossel Bay is splitting up the “mother-ship”  of sardines.

Where is the magnificent spectacle- silver fish swimming in tight formation creating a shimmering mercury-like wall of fish during their annual migration to warmer waters.We have all heard of shoals up to 10 km long, 2 km wide and 30 meters deep. Where is this mother-ship? Some say the huge shoal is possibly being split into many smaller pockets by the Mossel Bay fishing effort and then most of the sardines go deep and far out to sea. Still others say that we are catching too many sardines and there are relatively few left- it certainly seemed that way to me. Do any of you have theories to share? Let me know. I was lucky to have slightly cleaner water on the last trip and so I got a couple of nice dolphin shots as they snacked on a small shoal. I think East London is worth a couple more years of sardine run for me. I certainly feel it’s the best place in South Africa to view the run.  #SardineRun until next year then…..